It was the Roman Army Captain 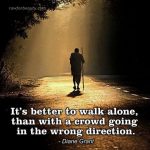 The backbone of the Roman army was the Centurion (commander of 100 soldiers). He was a “man’s man” – a leader who could command, steady under pressure, and totally reliable. Isn’t that the way Christians and Christian leaders should be?
When hard pressed the Roman Army Captain was always ready to hold their ground and even die at their post.

This soldier and his family would have been transferred from Italy to the tiny army garrison on the north shore of the Sea of Galilee. The Captain had a problem, a major one. His highly valued servant was dying from a paralyzing disease. This Centurion was not a Stoic who insulated himself from the pain of others. He had a concern of the heart.

Emperor Tiberius Caesar, his Commander-in-Chief, could not help in this bugaboo. The Roman world was anti-Semitic, and regarded the Jews as a “filthy race,” and this military man had an unusual sense of love toward Jews. The Centurion was “religious” and even built a Synagogue in the city of Capernaum, doing so in the vein of good works. Religion is not the answer to one’s standing before a holy God. In his religious zeal, his servant was grievously tormented, and ready to die.

Perhaps there were some others concerned as well; and perhaps they formed a HPC (Help the Paralyzed Committee) that would be comprised of respected Jewish elders. The Centurion sought the help of Jesus Christ, perhaps to come to the garrison headquarters and heal the young man.

“It is better to walk alone, than with a crowd going in the wrong direction.” People often think that you are better for going with the flow. However, even a dead fish goes with the flow!

It is here that the power dialogue begins. Power is basically a noun, not an adjective as we often use it; power-naps, power-breaks, power-politics, power-drives, or even power-pack. The Centurion already knew about the meaning of power: “I am also under authority and have soldiers under me” (8:9).

“When I say go, they go; when I say come, they come; when I tell my servants to do this, they do it – period!”

However, Jesus Christ has supreme authority. He speaks and the worlds come into being. The universe is upheld by the word of His power. “Jesus, if you say the word, my servant will be healed.”

A humble speech that amazes Jesus and He turns to the crowd that is following Him out to the Roman outpost near the city limits of Capernaum, and says:

Truly I say to you, I have not found such great faith with anyone in Israel (8:10).

Most of all, the Captain discovers the real source of power. It was not him who had rank over his men; but it was the Creator who had the power over life, and thus all else.

Man (and woman, and child) needs to admit to the truth of who is in control. We would like to think that it is us. That it is OUR faith; it is the power of the superior leader of all creation..

How are we doing with our faith; does it reflect the reality of the power of Christ , benefit those around us, and those who are living afar?