Are the 10 just Suggestions? 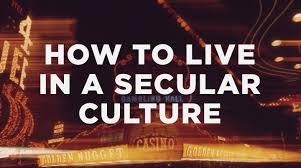 What shall we say then? Is the Law sin? May it never be! On the contreary, I would not have come to know sin except through the Law; for I would not have known about coveting if the Law had not said, “You shall not covet.” Romans 7:7

A paraphrase might read: Am I suggesting that these laws of God are evil? Do you think me to be crazy? I would never know that coveting was wrong unless the Law had not said, “You shall not covet.”

Every human has their skeletons in the closet, and they do not always stay in the closet! It is good for us to look at our problems; our secrets. Temper? Impatience? Off color jokes, and conversations?

Being honest; or covering our own dishonesty by accusing others of being dishonest? Pride (it has a word in the middle, do you see it)? Laziness (now we are getting personal)? Sometimes we could well be diagnosed with a split personality, a regular walking in war type of person; one who is always the victim.

When Oscar Wilde’s homosexuality and other deviant behaviors was made public, he wrote: I forgot that what a man is in secret he will some day shout aloud from the housetops.

Along with the Apostle Paul in this seventh chapter of Romans, I am convinced it is not so much a question of how I get into some of my messes; the question is how to escape the messes I am in – not to cover it, but eliminate it through God’s grace and sovereign power.

Roy Laurin wrote that “people of the earth may be materially prosperous and spiritually poor. They may be physically strong and spiritually weak. They may be a material success and a moral failure. They may win in every battle except the most important one. It is possible to rule large empires, households, and churches and not rule oneself.”

The Law that says: “You shall not” has legal-power to convict of sin, but it has no life-power to deliver one from sin. Therein lies the struggle and state of despair.

The great portion of the book of Romans is in the shape of an autobiography. Paul wanted some object, perhaps an innocent desire in itself, but he desired (coveted) coveted it for himself. Perhaps for ego; for self.

When the Law said, “You shall not covet,” Paul seems to rebel. D.G. Barnhouse has a mental image of Paul. Barnhouse says it was an image of Paul seeing a man on a fine Arabian horse, thinking “that is a very fine horse. I would like to own that horse.” The Law says we should not covet someone’s Arabian horse!

Well, the image turned Paul’s attention to his heart; it was in rebellion. As if saying, “Don’t tell me not to desire that horse. I want that horse, and a stable, and a pasture. I want everyone to look at me, and bow down before me as if I were a king. After all, I am who I am and I want what I want, when I want it, and no discussion about it!”

There is a chain reaction to covetousness (sin) set in motion. It is like a brush fire; desire is fanned. The frustration of knowing what is right and failing to do it. You just want that horse.

Like a powerful, idling engine (think of a powerful Mustang that can hit 165 mph on the highway in mere seconds), it can roar into life and take over at the touch of the accelerator of the law. We can find ourselves helplessly under its control.

The negative becomes a positive. Defeat is turned into victory. The upset applecart is uprighted:

I thank God through Jesus Christ our Lord (7:25)