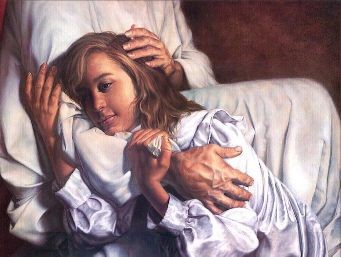 For what does the Scripture say? “And Abraham believed God, and it was reckoned to him as righteousness.” Romans 4:3

I want to introduce you to a friend of mine; I have never met him personally, yet I know him to be a friend.

He never wrote a book like I did, he was not a great singer of songs, he was not an ordained Baptist preacher, never held political office, and did not lead a major army into battle – at least battles like we read about in our society.

His natural character was a washout! He had the reputation of a playboy with a local woman; when a child was born from that relationship, he treated the mother like dirt. He lied (at least offered a half-truth) that his gorgeous wife was his sister; when depression hit his country, he took off for the neighboring fertile land that really looked greener on the other side of the fence.

Despite all this deceit, and “spunk-less” action, he winds up with an obedience in the arena of faith. That faith moved him to have the honor of having literally millions of mothers name their sons after him. His highest compliment was from Almighty God; “Abraham in My friend; I am known as the God of Abraham.”

You need to meet my friend, Abraham. He is the historic founder of the Jewish nation, grew up near the Persian Gulf city of Ur of the Chaldees. At the age of 75, Almighty God called this rough sheep master to move 1,000 miles west to an unknown, by Abraham, land of Palestine. God said “git” and Abraham “got up and went!” Abraham took Jehovah seriously, and at His Word, without hesitation or questioning. (I wonder if his wife and family were so “gung ho” about this venture?)

Griffity Thomas, a godly British pastor and student of the Bible, wrote of four qualities of Abraham’s life that make him eligible for the Hall of Fame (biblically):

A faith that rests in God, receives from God, responds to God, relies on God, rejoices with God. Every great person has first learned how to obey, whom to obey, and when to obey.

El Khalil . . . God’s friend. God corrected Abraham’s faith, lifted it to a supernatural level, changed his mental attitude from “impossible” to a God-promised certainty. While it is faith alone that justifies, the faith that justifies is never alone.

We can never please God without faith; without depending on Him.

Anyone who wants to come to God must believe that there is a God and that He rewards those who sincerely look for Him (Hebrews 11:16).