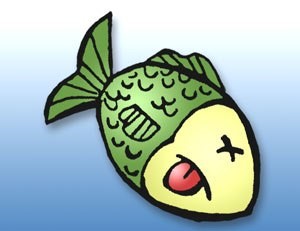 It is easier to go to a constant extreme than to stay in the center of biblical tension.

You might notice that Romans 12 does not begin with, “Now that we have covered the theological issues, let’s now look at the real life issues!” Rather, Paul begins from the point of having laid the foundation, to make sure the reader and hearer builds their understanding correctly.

As a believer, it is rather frustrating to observe humankind’s attempt to change things that are true. The human and political philosophers work hard at exchanging right for wrong, attempting to change the mind of society. Only God changes man. Man might take rugged ore and transmute it into pure metal. Man can throw into the paper mill jordan bales of filthy rags, transmuting the slurry into what seems to be pure white paper.

Man can change trees into furniture, coal into light, water into energy, rock into government buildings, and metal/plastic into automobiles and SUVs.

BUT . . . ALL the wisdom we have cannot make an evil person into a good person. Only God can do this! Only God can change people from the description of them in the first chapter of Romans, into that which is portrayed with all their terrific qualities listed in Romans 12.

How does God pull this off???

First, our part (the negative). Do not let the world squeeze you into its mold. Do not try to match your life to all the fashions of this world; do not be like a chameleon that takes the color from its surroundings. Too many churches today play the chameleon by changing up their churches to attract the unchurched, by becoming more like the unsaved world. It is a mistake and the unchurched are not fooled!

The popular worldview is obsessed with self-preservation, self-gratification, self-security, and self-indulgence. (Did I mention “self”?) We should not always agree with the world’s majority verdicts, nor should we be governed by the world’s public opinions.

Opinions are most often like noses; everyone has one, and they all smell.

Too many join the madness displayed in the world’s puppet show that performs on a tottering stage.
Believers should be nonconformists to this world system.

Secondly, God’s part (the positive). Be metamorphosed! Be changed into another form, like the ugly caterpillar is changed into a glorious butterfly. Literally, it is transfigured. If we wish to prevent conformation from without, we must submit to transformation from within . . . by the Holy Spirit, by His Holy Word, by His Only Son Jesus Christ. We are not transformed by our cute restrictions (artificial legalism) but by renewal from above.

As the Holy Spirit works within us, we become more and more like Him. –2 Corinthians 3:18

The angels sang because the everlasting Father had come to extend arms of redeeming grace to all who would give their hearts to Him.

This story is so miraculous in every way that it could have only come out of the mind of God in eternity before the foundations of the earth were laid down by His mighty hand. It points to the Devine imagination and screams the power of the Divine Hand. No man could write this plot and if he did, no man could expedite what he had written. This story is itself an argument for the existence of God and is a portrait of His holy character.

God acted decisively, and His actions were as He planned in the beginning . . . but they would be a stunning surprise to every mere mortal. His response to people’s need is an intervention and rescue. He does this in His grace.

And it is real!