And they kept the Feast of Booths, as it is written, and offered the daily burnt offerings by number according to the rule, as each day required, and after that the regular burnt offerings, the offerings at the new moon and at all the appointed feasts of the Lord, and the offerings of everyone who made a freewill offering to the Lord. –Ezra 3:2-5

Freewill offering – Willing to give and share unselfishly. Rich in yield and fertile. –Webster’s Dictionary concerning the generosity of a person.

You cannot read through the Scriptures, and not notice the times in which the children of Israel were living in extreme difficulty. This is also true of living in Persia. In addition, it is true of the common times of living throughout the Old Testament and the New Testament.

Incomes during the days of Ezra were close to zero, earnings dwindled, investments depreciated, and taxation was overwhelming. However, leadership arose to the occasion. They did not dream of retrenchment. They dared not sound a retreat. God expects His believers to march forward; to advance in the cause of Christ, not retreat.

There is a Gospel Brotherhood. These are leaders famous for their princely generosity. Those forerunners in the days of Ezra contributed gifts amounting to $300,000 in gold, and $170,000 in silver.

How can one possibly enjoy the journey unless he makes it possible for someone else to enjoy it as well. A selfish Christian is a contradiction in terms.

Statistics in our country is disturbing and disappointing. The IRS has determined that the average taxpayer gives only 1.7% of their adjusted gross income to charity. Astounding. Sad. The truth is that giving is low priority to most people. People in the United States spend more money on dog and cat food than is given to charities each year. You would think that it would be different in the church. How can people affirm the church budget and then not meet their obligation to support it?

In Ezra’s time, a time of poverty, each gave freely as much as they could. It was their priority. Ron Blue, a financial expert, still the best in financial management advice says there are three basic reasons people in our day fail to give properly:

A major problem of giving in the church is misplaced priorities.

I pastored a church not long after seminary. It was a mission church, so the income provided was much less than a living wage. There was even criticism offered when my wife sought to work to bring extra funds needed into our home.

One of our church members (in 1997), asked me to do his income taxes. He said he could not afford to have them done. As a new pastor, I wanted to help the members any way I could. I did the taxes. My salary was less than $20,000, of which a great part was paid from the Home Mission Board.

When I did the taxes for this member, his income level was $52,000. His “deductible” giving to the church for the year amounted to $50. Needless to say, this member missed the principles and mandate for support of God’s work. (I never agreed to do taxes for any other church member again. It was a great learning experience for me.)

When we apply the teaching of this passage in Ezra, we cannot escape that these folks, although living in poverty gave. They gave alongside of their leaders (who led the way). God honored their giving. The work they were called to, increased. Because of that, the nations were glad.

You yourselves know how you ought to imitate us, because we were not idle when we were with you, nor did we eat anyone’s bread without paying for it, but with toil and labor, we worked night and day, that we might not be a burden to any of you. It was not because we do not have that right, but to give you in ourselves an example to imitate. –2 Thessalonians 3:7-9 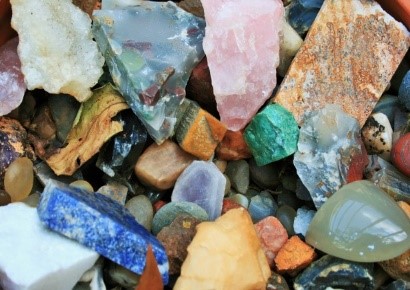