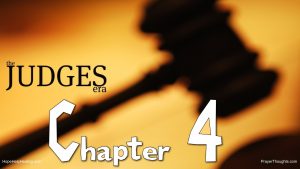 Deborah sat and the sons of Israel came up to her for judgment (Judges 4:4-5)

Cynthia Heald, author of the Bible study, Becoming a Woman of Excellence, wrote about women: “Beauty, ability in the marketplace, and independence are major issues for women who search for meaning and excellence in their lives. They are under pressure to choose the right perfumes, clothes, appliances, and cars in order to establish their value as individuals.”

It is an interesting comment for our current culture.  Some women may take offense (some men as well).  However, we live in a day when women leaders do exceptional good for our world.  It is not simply being a woman that provides for success; there are more issues at hand.  View the women currently in the seat of world leadership and evaluate their qualities—few are qualified for their positions (few men are qualified as well).

One woman in our modern era that was highly successful was Margaret Thatcher, a woman that had strength of character and an excellent preparation for her work.

We need to meet another woman that was highly successful.  She sat under her royal Palm tree, a prophetess, the wife of Lappidoth, the leader of Israel at the time, responsible for bringing the people back to God.

Her husband rode in the second chariot behind her; Deborah was a ruler, warrior, poetess, agitator, and a mother in Israel.  She was seemingly the Joan of Arc (Joan, you remember, in 1429, at age 17, led an army of 12,000 French in resistance against the British, the leader of a distressed and defeated people).

One might think the leadership of Deborah came from her position as a “princess,” but that would be wrong.  Her leadership came from being a prophetess (a forthteller of the truth of God).  It also helped that she had a spirit of compassion, magnanimity, and spiritual commitment.  She had great integrity.  Her name meant honey bee; she was sweet to her charges and friends, however, her sting was harsh to the enemies of Israel.

Wow, what a woman!  I heard Eugenia Price share that God speaks to men today through His woman, Deborah.  It seems that when men will not respond to God’s call to lead, that God does not sit back and pout; He does something about the leadership needs for a nation, giving opportunity for His called servant to come forward.  Unfortunately, as history proves, not many answer God’s call.

Deborah’s fame lay in the area of her wisdom, her brilliant mind, and her daring—even in the planning and execution of warfare against the enemies of her nation.  Her will strong, her inner determination in order, her ability to lay hold of the strength of the Lord God, and her devotion to the Lord God enabled her to succeed for God’s people—the people God placed her over.

In our present culture, there is a cry for a woman leader.  Choice leadership seems to be in short supply.  God would honor His people praying for a choice leader in our time; one who offers to fight for God’s character, purpose, and plan.  Historically, God has given victory and success to a leader who follows God from their heart.  His omnipotence waits for a person after His own heart.

Do your prayers appeal for God’s choice?  It is not too late to come in dependence upon holy God.