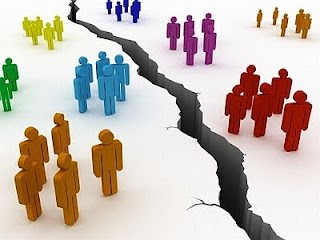 Vol. 3, No. 36
For if I could wish that I myself were accursed, separated from Christ for the sake of my brethren, my kinsmen according to the flesh, who are Israelites, to whom belongs the adoption as sons and the glory and the covenants and the giving of the Law and the temple service and the promises . . . Romans 9:3-4

Just think what was given to the Israelites!

Alex Haley, in 1976, wrote a well-researched genealogy, Roots: The Saga of an American Family. It was an instant best seller, and became one of the most popular multi-episode television programs. It demonstrated that people are interested in their pedigree.

Several genealogy search sites and software programs have made millions of dollars since that time due to people’s desire to know about their predecessors and get an idea of how that lineage affects them.

In 56 A.D., the Apostle Paul writes from Corinth, a well-researched family tree of the Jewish nation. Paul, in chapters 9-11 of Romans thumbs through the scrapbook of Israel’s history and pulls out some fourteen Old Testament characters to document his story.

The chapters are not an interruption, deviation, parenthesis, or even an appendix. Rather, the intent is to answer the questions about what has happened to the Jewish nation. In the over 2000 years that God has been building His church, Paul deals with the question: What about Israel?

Would you believe that Alexander Maclaren, in his popular Expositions of Holy Scripture, completely bypasses Romans 9-11 as if they do not exist? He has eleven sermons on chapter eight, and then thirteen sermons from chapter twelve; but is totally silent on this section (9-11).

The very character of God is up for examination. If He had been unfaithful toward His chosen people, the Jews, how would we know He would be faithful to us; Christians and fellow heirs?
The emphasis in Romans 9 is on Israel’s past selection by God. The thrust is on the sovereignty of God.

The emphasis in Romans 10 is on Israel’s present rejection. The major theme is the salvation of God delivered to the people of the earth, Jew included.

The emphasis in Romans 11 is on Israel’s future restoration. God is absolutely sincere in His work toward the Jew; He is sincere with us as well. He is the dependable God.

God’s unfinished business — a survey of the movement of thought in these chapters warrants the conclusion that Paul, who has written so penetratingly on the justification of sinners, now turns to write on the vindication of God Himself. We are reminded that the Almighty is free and sovereign in what He does. In the end, God is found faithful to His covenant promises in spite of the unfaithfulness of Israel. –Frank E. Gaebelein

As we read the book of Romans, and I hope you will, do not jump past passages for convenience. All Scripture is inspired by God and profitable for teaching, for reproof, for correction for training in righteousness; that the man of God may be adequate, equipped for every good work (2 Timothy 3:16-17)

You will see the Lord weaving His tapestry. We too often examine only the underneath side of the tapestry, with its loose threads, knots, and seeming lack of a theme. However, if we camp out in the Word, our heart gets blessed because we have the Holy Spirit to guide our understanding, and then to encourage us to pour it out so others can have their thirst quenched. We get to see the weavers design.

Pitch a tent, get under your Broom Tree; what often brings tears ends in joy.