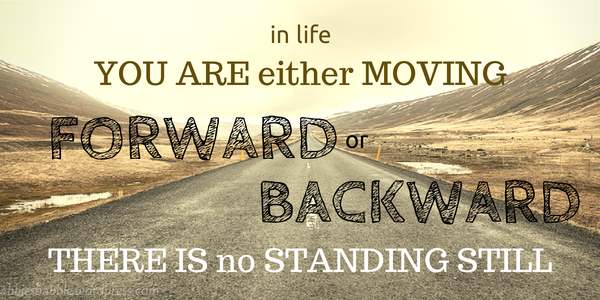 From Jerusalem and round about as far as Illyricum, I have fully preached [proclaimed] the Gospel of Christ. –Romans 15:19

When David Livingstone volunteered as a missionary with the London Missionary Society in 1839, they asked him where he would like to go. “Anywhere,” he said, “so long as it is forward!”

When Livingstone reached Africa he was haunted by the smoke of a thousand villages, that he saw in the distance.

That was also Paul’s motivation, his drive and passion was to carry the Good News of Jesus Christ forward to people who had not heard the Gospel.

[It strikes me as strange that churches schedule “retreats.” Churches should schedule “advances” not retreats. The Gospel is to advance, not move backward!]

Jerusalem is the starting point of the ministry of the Gospel. Paul had a greater regard for Jerusalem’s people who needed the Gospel, than Jerusalem had regard for Paul. From the time of Paul’s conversion in 33 AD, someone has figured out (from the Book of Acts) that he and his companions advanced, traveled, over 10,000 miles – 4800 by land and 5200 by sea. It seems, also, that he could have made a trip to Spain. He advanced, traveled, without the aid of a bike, bus, car, plane, or even a modern powered sea vessel.

He did not have Dr. Scholl’s shoe inserts, a smart phone (or even a dumb phone like mine), an umbrella, bottled water, or other amenities.

From Jerusalem to Illyricum (Albania and Yugoslavia), he traveled about 1400 miles. He mentions two geographical spots – why? I cannot help but think it is because he wants to challenge us with the extensive reach of the Gospel.

From Jew to Gentile, from the Middle East to Europe; from a religious center to a pagan country; from big city to rural areas; from Hebrew culture to Greek and Latin influences, Paul advanced the Gospel.

Go for it Paul!

Why are we not doing the same?

Paul sees the big picture [do you?]. Go into all the world. Nothing provincial or bigoted, just advance the Gospel to everyone. His statement at the beginning of Romans carries weight throughout the book:

For I am not ashamed of the Gospel, for it is the power of God for salvation to everyone who believes, to the Jew first, and also to the Greek!

Contemplate the comprehensiveness of what he says: I have fully proclaimed the Gospel of Christ. We in our theological zeal call this the divine initiative tied in with human get-up-and-go.

Back to David Livingstone.

Whatever way my life can be spent best to promote [read, advance] the glory of our gracious God, I feel desirous to adopt it. I did not come to Africa to be suspended on the tail of anyone, and what is of infinitely more importance as a motive to immediate action; souls are perishing while I have no power (not knowing their language nor culture0 to point them to the Cross. I am convinced that the Gospel has lost none of its pristine efficacy.

Are you in forward mode . . . or backward mode? There is no middle of the road.

The Way, the Truth, and the Life was in the manger, causing angels to rejoice, Mary to wonder, shepherds to worship, and us to have hope.
The Christmas story shows that the hope of the universe is a person. Hope was what the angels sang about. Hope lay in the manger. Hope caused Mary to wonder in her heart. It was hope the shepherds came to worship. Hope was presented with gifts from the Magi who had traveled so far.

The Advent story is a Hope story because it Chronicles the coming to earth of the One who is Hope, Jesus. For a people born in sin, and for a world damaged by sin, there simply could not be any other source of hope. The inescapable condition of sin infects every single human being and has scarred every aspect of the cosmos, which cried out for one thing and one thing alone: Divine intervention.

Our Hope has a name; His name is Jesus!