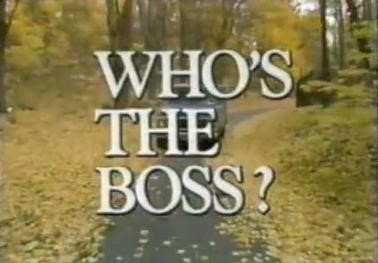 We are not our own bosses to live or die as we ourselves might choose. –Romans 14:1-13

A tough nut to crack. Opening a coconut for the first time is an exercise in frustration. You pelt it. Pound it. Pummel it. Finally completely thwarted, you whop it with a sledgehammer! It either sits there unfazed . . . or it is smashed into a zillion pieces.

The fourteenth chapter of Romans is a tough nut to crack. In the church at Rome there were definite differences of opinion. (As Rome goes, so do we!) There were folks believing that in Christian liberty, the old taboos were gone; they believed that the Old Testament food laws were irrelevant . . . so they ate everything. Ugh, even broccoli (fill in your own least favorite food item)? They believed that Christianity did not consist in the special observance of any one-day or days.

Worship God in the wilds or simply on the golf course on Tuesday morning (great place to worship while looking for your golf ball).

On the other hand, there were those who were loaded with scruples. It was wrong to eat meat sacrificed to idols. Plates were stacked high with vegies. They believed in the rigid observance of the Lord’s Day tyranny. The time to meet was 11 am on Sunday morning! Ultra-scrupulous!

The liberal party and the more fundamental. Grace versus law. Freedom in the Spirit at odds with the orthodox and traditionalist. The laxity of the liberated grace-lovers in contrast to the die-hard conservatives. How does one make a godly choice?

Whatever course a person chooses, their action should not be dictated by convention, tradition, still less superstition; simply altogether by conviction based upon the absolutes of God’s Word.
Paul says two things in particular: (1) do not flaunt your liberty, and (2) do not live with an air of superiority concerning your narrow prejudices. Do not measure your corn by another person’s bushel. Your convictions, not theirs, are your guide (founded on the absolutes of God’s Word.
Avoid IRRITATION. However, much as we might disagree, try to see the other person’s point of view and to understand it. Avoid RIDICULE. It is no small sin to laugh at another person’s beliefs. They may seem prejudices rather than beliefs, but never, I say never, laugh at what some person holds sacred. Avoid CONTEMPT. It is wrong to regard the other person as an old-fashioned fool whose views may be treated with disfavor; a person’s views are their own, and must be treated with respect. –William Barclay

Our stubborn opinions may well keep the next generations out of the church. We get to die with our opinions and maybe a few will come to our funeral services.

A tough nut to crack . . . respect for another’s point of view. What tools do you use to show coconuts who is boss?

Always be ready to make a defense to everyone who asks you to give an account for the hope that is in you, yet with gentleness and respect (reverence). –1 Peter 3:15

A thought from Paul Tripp . . . Come Let Us Adore Him
God sent His Son to provide rescue and forgiveness for those who had ignored His existence and rebelled against His rule. That is grace!

If you had to summarize the Christmas story with one word, what word would you choose? Now, your word would have to capture what this story points to as the core of human need and the way God would meet that need. Do you have a word in mind?

I wonder if you thought, “I know the word: grace.”

Actually, God’s response was not a thing. It is a person. Jesus.