Eliminating Evil at the Root . . . 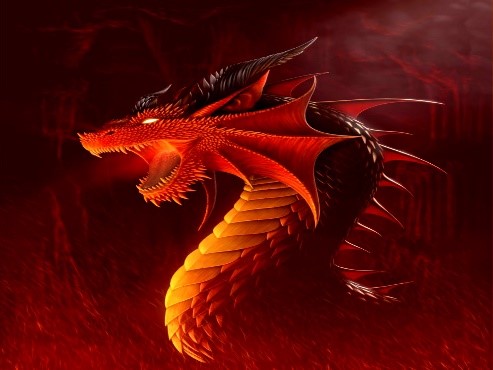 And he seized the Dragon, that ancient serpent, who is the devil and Satan, and bound him for a thousand years, and threw him into the pit, and shut it and sealed it over him, so that he might not deceive the nations any longer, until the thousand years were ended. After that he must be released for a little while –Revelation 20:2-3

The real purpose of effective law enforcement is not simply stop criminal activity, but to eliminate it at the root level. Sting operations and covert investigations design to not only find out who is committing the crime, but who the mastermind behind it all is. Once apprehended, the source is made accountable and the flow of crime subsides. Unfortunately, crime in our world seems protected through partisan decisions.

It is not so with God.

The joyful cry of Hallelujah in chapter 19, based in God’s judgment, falls upon the Beast and the False Prophet. These are henchmen, rounded up and thrown into the Abyss, and into the Lake of Fire, burning with sulfur forever. Satan’s evil empire continues to unravel. That is what happens when there is accountability.

The final step in chapter 20 comes as God judges the “brains of the outfit.” Time has come for Divine justice being executed on the one behind the rebellion form the first day, Satan.

Satan longingly sought to establish himself as God. Beginning by leading a group of angels in defiance to God’s authority, he spends long years in activity to thwart God’s righteousness and God’s plan. Every one of us feel satanic pressure both directly and subtly. For the believer, our hearts yearn for the day when the war will be over; when the struggle will cease; when the fighting stops.

Chapter 20 is a section giving assurance. God assures us that this ringleader will get his just desserts. Thus, we get this glimpse of God’s utter victory. We are able to look forward and see Heaven’s justice will indeed prevail. Satan himself is first limited (20:1-3). Then he is eliminated (20:7-10).

The binding of Satan does not refer to the Cross; however, it follows the Second Coming of Christ.

I consider that the sufferings of this present time are not worth comparing with the glory that is to be revealed to us. The creation itself will be set free from its bondage to corruption and obtain the freedom of the glory of the children of God (Romans 8:18, 21)

Be encouraged. Even though we all will have struggles, painful experiences, and have great need for relief; relief comes and it is real! The final outcome of a believer’s life is not in doubt. God makes all wrongs be made right one day. Our God is absolutely aware; His justice will not be thwarted, though it seems so for the moment. God does not ignore our need. He is not managed by our time, nor by our demands.