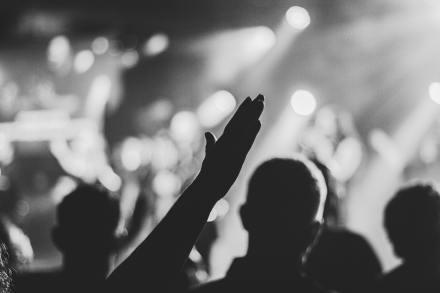 In the time of his distress he became yet more faithless to the Lord—this same King Ahaz. –2 Chronicles 28:22

Some people live in the gutter; some seem headed for the gutter. A reminder of Francis Schaffer’s remarks about the slippery slopes of life.

King Ahaz, in his reign as king, traveled a slippery road in those sixteen years of rule. It was a descent into the gutter. When one reads 2 Chronicles 28, it is like a tour of the most sickening slums we can imagine. Ahaz exposes us to a side of life that we would rather not see, if we had a choice.

However, God intends that we read the whole Word of God.

What a blatant unveiling of life in our world!

However, one thing we can say for King Ahaz; he is consistent (sadly, in his flawed character). Every time he comes to a fork in the road, where a moral decision is needed, he always choses to swerve to the left. He is a liberal-minded, a leftist, and he will not tolerate a conservative approach in keeping with the expectations of Almighty God for his nation.

Ahaz has a stubborn heart, bent on leading Judah without any help from God, thank you very much!

There are three distinct movements downward:

Sobering reality! We are living in a time of leadership crisis. The samples rehearsed in chapter 28 have a ring that reflects our troubled time. And, according to primary outcomes, people are blindly returning to office men and women who have not accomplished much of anything over their last 20 years. Ignorance is doing what you have always done, and expecting things to change.

The reign of Ahaz also reminds us of what the powerful grip of evil can be in a heart not aligned with our God. Just because Ahaz is the king and makes decisions for the nation does not make the people of the nation immune to the philosophy. The issue is not that a portion of the leaders of the nation are ignorant of the truth, nor is it that they cannot make up their minds; it is that we should never be surprised that some chose to stand in belligerent defiance to the authority of the God of Heaven.

The forks in the road come often—what is the basis of which fork you choose?

Remember Who watches you when you come to a fork in the road. Remember what is at stake when you stop to chose which fork in the road you are going to take. Is it the left fork (the wrong choice), or is it the right fork (the godly choice)? How will we know the right choice unless we are familiar with the Word of God. When we read the Word of God it is God speaking to us. We cannot hear Him unless we read Him.

Unscrupulous con men will continue to operate and attempt to exploit our faith . . . always for their own control of the masses in the nations.

All who desire to live a godly life in Christ Jesus will be persecuted, while evil people and impostors will go on from bad to worse, deceiving, and being deceived. But as for you, continue in what you have learned and have firmly believed, knowing from whom you learned it. –2 Timothy 3:12-14

Leadership in a time of crisis is always available—if we would but ask our Almighty God!