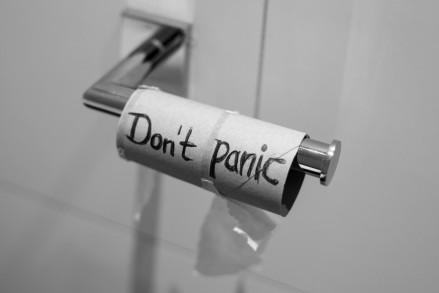 The Lord, the God of their fathers, sent persistently to them by His messengers, because He had compassion on His people and on His dwelling place. –2 Chronicles 36:15

Bigness is not greatness; littleness is not smallness. The Israelites are a mere handful; their country is a narrow strip of land between the desert and the sea. Little Judea, however, like little Greece, teaches the world –Alexander Maclaren.

In the last number of weeks, we have quickly traveled through 2 Chronicles looking at leadership. What we have discovered is that the leadership characteristics are not simply rooted in kings, queens, presidents, and other leaders of nations. Those characteristics depict the character of the nation. Us.

The final chapter of 2 Chronicles records a breakneck plunging to ruin of God’s people.

Appearing in the Chronicler’s messages is the stuff that rattles the skeletons in Judea’s closets.

Such an evil and wicked lifestyle has its roots in an alienated heart, and an obstinate self-will. To depart from God brings bitter water to swallow.

No matter, however sweet draughts of outward prosperity may for a time mask the bitterness, no army, nor fleet, nor commerce, nor millionaires and trusts, nor politicians and diplomats, but only the fear of the Lord and the keeping of His commandments, are the true life of a nation. –Anonymous

The closing of 2 Chronicles actually begins in 36:16:

They kept mocking the messengers of God, despising His Words and scoffing at His prophets, until the wrath of the Lord rose against His people, until there was no remedy.

And then Jerusalem is captured and burned . . .

The Exile into Persia (Iran), and years of captivity comes primarily, not because of a broken law, but because of the rejection of God’s offer of forgiveness. The stories reflect the jettison of the love and grace of almighty God.

I believe that if a million chances are likely to do good, they would be given. But a master often knows, when boys and parents do not, that is really useless to send a boy in for a certain examination again. Finality must come sometime, and it does not require a very robust faith to believe that omniscience knows when. –C.S. Lewis, The Problem of Pain

Righteousness exalts a nation, but sin is a reproach to any people. –Proverbs 14:34

The end of the matter, all has been heard. Fear God and keep His commandments, for this is the whole duty of man. –Ecclesiastes 13:13

Our nation is involved in crisis; most of the crisis is brought upon ourselves and all we do is whine. Where is the dependency upon the Almighty God? Most ignore Him. Most are self-centered, passing their time accumulating numbers of packages of toilet paper. People are in a panic, not concerned for others, only concerned with themselves. Sad!

Instead of running to the internet commentators (the ones you choose–CNN, MSNBC, CBS, or FOX), we should be conversant in the Word of God. The Word of God is God’s direct speaking to our very being. God wants us to hear Him. What we take in makes a difference in how we think, speak, and act in life. What we take in is the filter through which we view all things in life. If we focus our lives on the untruth of commentators, that is the process through which we view all things before us.

Ecclesiastes 13:13 has never been more true for our needs in our panic time.

Leadership in a time of crisis is always available—if we would but ask our Almighty God!