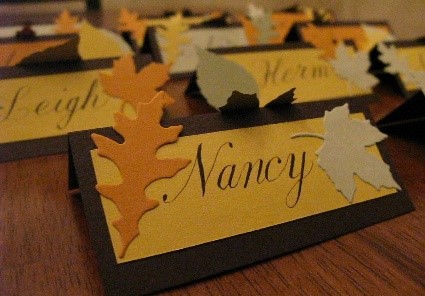 Now these were the people of the province who came up out of the captivity of those exiles whom Nebuchadnezzar the king of Babylon had carried captive to Babylonia. –Ezra 2:1

This chapter is a list of families, a tally of tribes, and the list composes a journal entry of who really is who in 440 B.C. If you save the balance of the fifty-seven verses for reading late at night, you will not have to take one of those little pills to get your snooze.

What do you want to know about the Ziha family, the Hagabs, the Uzzas, the Akkubs, the Temahs, or the Baziuth clan? How do we apply that to our lives?

Lists like this (7,337 servants and maids), should make us sit up and take notice, should it not? Instead of lulling us to sleep, better that it jerk us awake! Why?

The families listed (and the many others found in Ezra 2) are not movers and shakers of their day. They are not the heavy-weights. Their family names are not listed among the kings, the rulers, or even the power-brokers.

No. the members of these families served in their generations behind the scenes in the temple.

Yet, when the chance came to return to their homeland, and the city of Jerusalem, these seemingly nobodies, packed their bags and headed out for a four-month journey, 900 miles.

God values their servanthood so greatly, His heart beat responds toward them. The evidence is that they are recorded in His Word. It is God who inspires His Word. Selah. (That is a word that some academics say is a musical indication; I think it really is a pause. It is a moment that the Author of the Word uses to get us to stop for a moment and think about what has just appeared in God’s writing; in His speaking.)

There is not one that God has created unworthy of His love. It does not matter that we cannot even pronounce some of their names. It is a person that God sent His one and only Son to die in their place. So that one whom God created can have the opportunity to respond to the Gospel.

I love the heading on a Sunday morning class prayer sheet: Joy Class—where a few “somebodies” don’t do everything, but everybody joyfully does something!

God thinks so much of their service, and their heart for Him, He holds them in His heart and personally records their name in our Bibles.

This is a teachable moment. What does this say about the kind of person who impresses God? Too many get caught up in looking good, impressing others, making it to the top of the church chain; having it all together. God expects us to do the ministry that enables others to be introduced to Christ. That does not take a position for which one is voted upon to take. It requires a heart for God.

God is simply looking for the faithful with servant hearts, not a “title” that impresses many in our present culture. However, it means everything to a lost person when they come to understand how much God loves them. God keeps count of His own, because His own count in His economy. That is why He writes these things down in His Book.

Not that we are sufficient in ourselves to claim anything as coming from us, but our sufficiency is from God. –2 Corinthians 3:5

NOTE: We are approaching our nation’s vote on the presidency and a host of other positions. You may have already voted. It is sad and unimpressive that so many who call themselves believers will not take the time to vote. I want to encourage you to vote. Donna and I have already voted in person. Do not neglect your freedom. On Tuesday I am headed into surgery to have my right shoulder replaced — it is a reverse shoulder joint surgery. The outcome will be that a new ball will be installed (metal) where the present socket is located. The ball on the arm will be cut down and a shank installed in the arm bone to have a new socket installed on that arm bone. That is the reason it is called a reverse surgery. Where did the medical profession learn this procedure? It was learned from the sacrifice and repair of injuries to our military personnel. Our military has given more than just their lives, they have given arms and legs over to the medical field to learn how to repair serious injuries. I am thankful for our military; they have done much more than protect our freedom. Thanks be to God for men and women that have served courageously in our military. What a blessing they are to their fellow citizens.