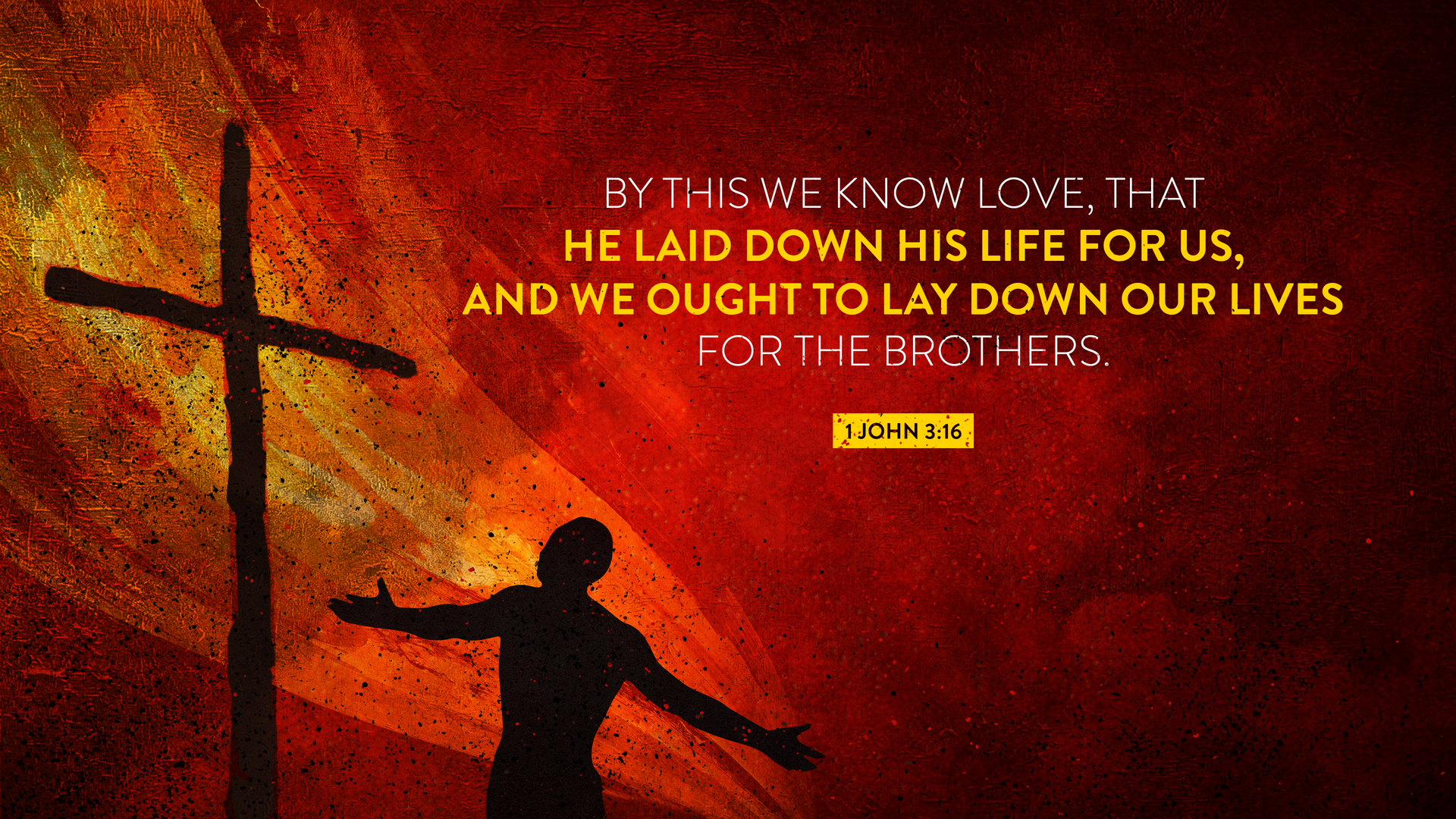 For God so loved the world, that He gave His only Son, that whoever believes in Him should not perish but have eternal life. For God did not send His Son into the world to condemn the world, but in order that the world might be saved through Him –John 3:16-17

God not only chases after the lost, but He also labors in the exercise.

As the only true and powerful God, He showers His love upon the regenerate to keep them among those who have named Christ as their Savior. I am the Good Shepherd. I know my own and my own know me, just as the Father knows me and I know the Father, and I lay down My life for the sheep (John 10:14-15).

When you have a wayward child (not unusual), do you just let them go? Born of your union with your spouse, God ceases not to love that child. One can hardly miss the value God has for your Jimmy or Sue. So much has God loved you, your spouse, and your children, that He sends His Son to take the place of the guilty, upon the cross.

The believer did not always live unto Christ. At a point in time, the Holy Spirit convicted one of personal sin. God’s love, grace, and mercy opened the eyes of the one struggling. They saw Christ, the Savior, who provided the means of payment for the sinner. It was love, grace, and mercy in operation. Something that mere humans could not provide for themselves.

The sinner is like the two men beside Jesus on the crosses. I saw a clip of Alistair Begg preaching before an assembly of scholars and ministry servants. He spoke of one of the men on the crosses. He asked Jesus to remember him when Jesus came into His Kingdom. Jesus replied, Truly, I say to you, today you will be with me in paradise (Luke 23:43).

As Begg referred to this event, he noted that the man died, and indeed came into paradise. In typical Begg fashion, he made applications. When the thief arrived, he was questioned as to why he was there. The man responded that the man in the middle said he could come. The thief recognized that God loved him. Nothing can replace the love of God.

Years ago, in an insane asylum, a young boy was locked in a room. He had dyslexia. Now they did not know what that was, but that is what the boy had. The doctors and keepers said he was mentally ill and could not live outside of incarceration.

He eventually died. What follows this paragraph are the words found on the wall of his locked room. There is no proof of this; some disparage the words of the song written with the words from the wall. However, there are rare rebuttals. As you read the words, give some thought to what this young man found out about God, and how he could not help but express it on those walls.

The Love of God

The love of God is greater far
than tongue or pen can ever tell;
it goes beyond the highest star,
and reaches to the lowest hell.
The wandering child is reconciled
by God’s beloved Son.
The aching soul again made whole,
and priceless pardon won.

When ancient time shall pass away,
and human thrones and kingdoms fall;
when those who here refuse to pray
on rocks and hills and mountains call;
God’s love so sure, shall still endure,
all measureless and strong;
grace will resound the whole earth round—
the saints’ and angels’ song.

Could we with ink the ocean fill,
and were the skies of parchment made;
were every stalk on earth a quill,
and everyone a scribe by trade;
to write the love of God above
would drain the ocean dry;
nor could the scroll contain the whole,
though stretched from sky to sky.

O love of God, how rich and pure!
How measureless and strong!
It shall forevermore endure—
the saints’ and angels’ song.