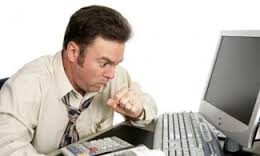 Therefore, take away the talent from him, and give it to the one who has the ten talents. –Matthew 25:28

We are at Labor Day Weekend. It is a holiday. Sort of. The original intent was to honor the labor unions for their contributions to our economy and the growth of our country. The battles for organized labor were fierce. Not every union member contributed at a high level of integrity. However, neither did the non-union workers. Some workers were careful to do what they agreed to do for their employer, some others perverted the system. Not much has changed.

The original mover for the American labor force was the Knights of Labor in 1892 in New York City. Labor Day was named a Federal Holiday in 1894. The unions negotiated for benefits, work hours, and increases of wages over the years.

Today, the “holiday” to most people is a calendared weekend at bar-b-ques, picnics, games, and fireworks. Along with the attended beverages.

The Scriptures have numerous places that describe expected work and labor. Jesus’ presentation has not changed. Individual believers and churches are to prepare to meet the expectations for each day. Some do well. Others do not. Some believers listen to the Word, others pick and choose. They will do the same with today’s blog.

It would be rare for a person who is regular in Bible study or Worship Services to be unaware of the section of Scripture approached at the beginning of this blog. It is part of a parable—the Parable of the Talents.

So, a businessman was about to go on a journey. Since he would be absent from his business, he summoned three workers to manage his assets while he was away. To one, he entrusted 5 talents ($5000). To another 2 talents ($2000). To the third, he entrusted one talent ($1000). The one who received 5 talents traded (invested) them, doubling the value. The second did likewise. The businessman had left on his journey.

The third worker dug a hole to hide the money. Equivalent to someone putting their money under the mattress or under the rug. It would not be long before the businessman would return.

What of the third worker. He had been entrusted with one talent. He played the victim. He did not like the rules. He worried himself with the reputation, be it accurate or not, of the businessman. He reported that he was afraid to fail, so he buried the money so he would lose a cent. No investment is not what the businessman expected. The worker presented what was given to him to manage.

These were not slaves in the context of how we understand their relationship today. They were servants/stewards. (A steward was understood to be a manager of the pigs—that is, a wise workman. Trustworthy. The businessman responded to him that he could have at least put the money into the bank, into the hands of money investors, to protect the growth of what he was entrusted to do.

There is always an outcome of the exercise of our work. Here, two did what was expected, one did not. People do not forge ahead just because they are a member of the team. Work is required. Expectations must be met. He expressed that he knew the character of the businessman. He did not.

So, what happened to the one talent. It was given to the worker that was entrusted with 5 talents. Thus, the first worker now has an additional talent to invest.

Is that fair? He worked hard, now he has more work to do? Yes.

The reward for service is to do more service. The reward for work is to receive more work. That is what the five-talent servant got. How is it with you?

The reward for work is more work, the blessing of serving the expectations to which you agreed.

The Five Day Bible Reading Plan
← Prev: THE CROSSING GUARD Next: THE PRINCIPAL →