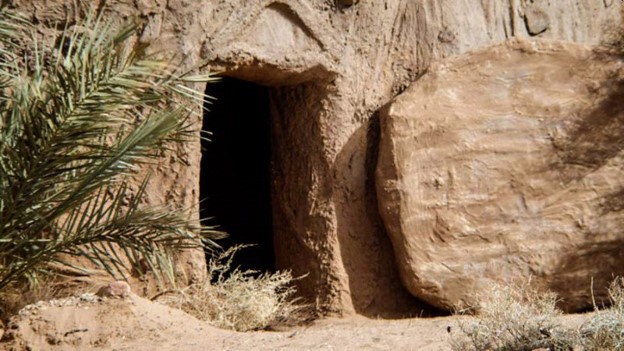 The next day, that is, after the day of Preparation, the chief priests and the Pharisees gathered before Pilate and said, “Sir, we remember how that impostor said while he was still alive, ‘After three days I will rise.’ Therefore, order the tomb to be made secure until the third day, lest his disciples go and steal him away and tell the people, ‘He has risen from the dead,’ and the last fraud will be worse than the first.” –Matthew 27:62-64

The Gospel should not perplex Christians.

It is not the Christians that sought a guard for the tomb. It was the religious leaders who sought such. They wanted nothing to interfere with their power and control, nor anything to come in the way of their reputation. Pilate agreed to their wish in having a guard, but Pilate told them they could use their own assigned Roman guard. He wanted no part in this, just wanted the event to go away.

There were laws broken. If we move back three days, it takes us back to the trial of Jesus in front of the Jewish Sanhedrin. There were illegalities. An arrest in the night. Private examination. No valid charges before trial. The intervention of the high priest was not in keeping with the trial protocol. No allowance for a defense representative. Only marginal adherence to a few points of Roman law.

A turn seemed to be made by two “witnesses.” We heard him say, “I will destroy this temple that is made with hands, and in three days I will build another, not made with hands. –Mark 14:58

True. The temple Jesus was speaking of was His own body. On the third day, His body would be resurrected, not by human hands, but by God Himself. This is not the only passage in Scripture where He said this. Matthew, Mark, and Luke all record the “Third Day” saying of Jesus. It occurs ten times in the Gospels, plus twice in the other NT books. In the Gospel of John 2:19, Jesus says, destroy this temple, and in three days I will raise it up!

This is not a private saying. Jesus even spoke these words in the courtyard of the Temple in Jerusalem. The very types of people taking Him to trial heard these very words.

The accusation of the witnesses is one substantiated; the penalty is death (as it is understood as referring to the Temple. Jesus gave prophesy regarding His resurrection; the religious leaders and the witnesses twisted the words so that the words would be applied toward the Temple structure, instead of the body.

The High Priests, the Pharisees, the scribes, and the Sadducees all had to be familiar with what Jesus said. They, no doubt, understood exactly what Jesus was referring to. However, the words helped the religious leaders gain a foothold in the trial. It worked to their advantage.

It was as if Jesus said, You will kill me, but I will prove myself God, and show myself having authority and power being God, by rising from the dead on the third day!

Thus, the religious leaders were put in a corner and determined not to budge from their supposed control. He had to die. And He did.

The religious leaders were living in fear of Jesus. That is not the reason Jesus came; He comes with love, grace, and mercy. He comes intentionally to die. To die in our place. And for those who believe in His truth, His sacrifice, His deity, His power, and His invitation, He promises life eternal.

He has paid the price for our sin in full. Should we accept His free gift while alive on this side of the grave, He changes our life. Paul says that we are changed so that we are no longer like we were. Then our life is to be focused as an ambassador to work the ministry of reconciliation Jesus desires.

Ambassadors are sent. They are to say the same things as has been told to them by their sender. In the case of the believer, the one sending is Jesus. We are to say what Jesus says. We are to follow Him. To follow is to obey.