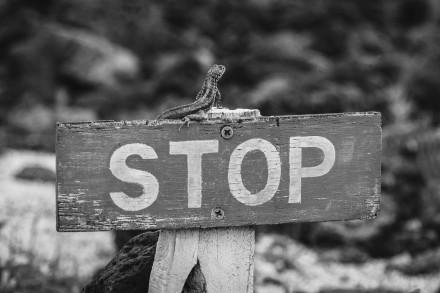 For the wrath of God is revealed from heaven against all ungodliness and unrighteousness of men (and women), who by their unrighteousness suppress the truth. –Romans 1:18.

Paul continues in this passage to say, for although they knew God, they did not honor Him as God, or give thanks to Him, but they became futile in their thinking, and their thinking and their foolish hearts were darkened. –Romans 1:21

One would do well to read the whole context to get God’s view of man’s choices. It is not a pretty picture (Romans 1:14-32). We live in an R-rated world, more so in our country today. It is not the same country as in the days of the Puritans. Oh, that the country would return to its roots!

The Christian approach to living in our present culture is attempting to change our R-rating into a PG-rating. What does that accomplish? Does having a lower view of certain sins in the culture make for great improvement? No, it smacks of situational ethics, not change and reconciliation. It is not focused on a person’s destiny—the eternal one.

We, believers, need to come to the giant stop sign in the road of our culture. What are we doing? How does a church collect offerings to support missions in the world, in order to spread the Gospel, yet act toward their fellow man in the way that they do?

I pastored a church in my ministry history. Our church had a significant part of its budget designated for missions, including supporting a program of missions for our combined churches. The members were comfortable in doing that and celebrated increasing the budget for missions each year, along with specific giving to missions at particular points of the year.

That is good. Right?

The problem is that this church had a burr under its saddle. The church was failing to reach the community in which it was planted—in their history, this was never their emphasis. I sought to change that. There was resistance.

The VBS, well attended, had only the children of the members, with a few of their friends. It was not outreach; it was only something to accommodate the church children. I had suggested that the church rent vans and bring children from the nearby housing project, there was no interest.

I met a young man that was of the Hmong people. As we spoke, it was plain that he had given his life over to Christ. He wanted to start a church. I helped him in the process. Soon his group outgrew his home; he needed more space. I went to the leadership of the church and asked if the church would consider having them use our building, offering that they could have their native language worship during our Sunday School hour, and then have their native language Sunday School during our worship time. The plan was rejected. They, the leaders, offered that they, the Hmong, could use the church an hour after the regular services concluded; when the church members were gone.

So much for missions to the community. The leaders did not want the Hmong to come to their church. I pushed for a carry-in meal, known in other areas as a potluck. I invited the Hmong. The aroma of Hmong food hung heavy in the air. I sat with the Hmong people, no one else would. The leaders invited me to a meeting prior to the morning worship the next day, to make plain to me that I was to follow their instructions, or I would be replaced.

In an R-rated world, this church attempted to fix things by sending offerings without touching the folks that would receive their funds. Were they attempting to advance the church to be R-rated?

Above is a sad account. I hope it has not happened where you worship. But it can happen in the minds of leaders if they are not properly vetted. Why is vetting appropriately a weakness in our churches? So many could be reached as we are sent to reap the harvest.

Would it be great to assist them as they return to visit? What if they took the Gospel with them? What if your church helped them establish a church near their families? Is that part of being sent? I believe it is.

← Prev: Memorials Next: Playin' in the Dirt →