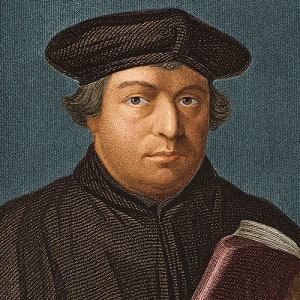 Al Scripture is breathed out by God and profitable for teaching, for reproof, for correction, and for training in righteousness, that the man of God may be complete, equipped for every good work. –2 Timothy 3:16 ~ I warn everyone who hears the words of the prophecy of this book: if anyone adds to them, God will add to him the plagues described in this book, and if anyone takes away from the words of the book of this prophecy, God will take away his share in the tree of life and in the holy city, which are described in this book. He who testifies to these things says, “Surely I am coming soon.” Amen. Come, Lord Jesus! –Revelation 22:18-21

Reformation Day is one of the important things coming, your calendar should make a point of it. The day brought confrontation in the 16th-century formal religious centers. Historically, the Protestant Reformation, as it came to be known, split the religious institutions, the political bodies, the intellectual community, and the culture. Particularly it split Catholic Europe. What took place still affects the religious world today.

Protestant Reformation Day is officially a point of teaching in many churches on the Sunday closest to October 30th. However, many churches, including Reformed Churches carry a theme of Reformation Month for October, preaching/teaching the history and theology that surrounded the Reformation.

Most will recognize the name of Martin Luther (German) and John Calvin (French), but the name of Ulrich Zwingli (Swiss) will escape many. These are the key people involved in the Reformation. We know that Luther wrote and posted the 95 Theses but probably are not familiar with the 67 Theses of Zwingli. Further, we know of Calvin, mostly through the disdain for some of his theological conclusions.

However, these three men turned the formal religious world upside down, and for good reason. The universal church (the word, catholic means universal) was strong and much opposed. In a similar fashion to the confrontation between the Jews and the Christians. King Henry VIII also opposed the papal authority of the Catholic Church.

Today, most mainline churches in the west, and generally around the world, accept that the Lord Jesus Christ is the head of the church. They also accept the teaching of the Scriptures that the Bible reflects the authority of the Godhead.

What is important in all this is our understanding of God’s intent for His Word. God the Father, God the Son, and God the Holy Spirit say the same (they are on the same page). Thus, the Bible becomes the standard for belief and practice, not tradition. The Bible offers the soul source for spiritual authority.

When we practice our faith in the Lord Jesus Christ, we must always ask the question, to what do we hold? This is the primary question for believers.

The Bible is a unique book, there is none other like it. When we pick it up and read the words, or turn it on with our technology, we are reading the very words of God. It is He who is speaking. We need to hear Him today. –Pastor Josh Price, Fortified Hills Baptist Church, Dallas GA

Since that is true, what kind of believer should we be? We are accountable to our God. We are not simply a herd following a specified religious name. We are ambassadors for Christ, to say the same thing He says. We are ministers of reconciliation because as believers, we are new creatures, made new to become more and more like Christ.

My prayer is that as we gather for worship on October 30th,

that we will remember our history but more importantly remember

why we are at worship, and Whom we worship.