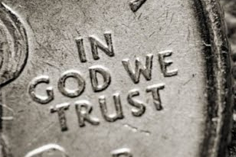 The U.S. uses its CIA as secret agents in enemy territory; it carries out counter intelligence, propaganda and disinformation activities.  The CIA stages special operations behind enemy lines involving sabotage, demolition, and the supplying for and training of resistance fighters.

It should not surprise anyone that this sort of tactic has been used for centuries.

The Persian King (today’s Iran), King Darius, had royal inspectors known popularly as “the king’s eye” became aware of the temple-building project in the west.  The king sent his agents on a secret covert operation to determine if the Jews were making this a center for a nationalistic movement.  His fear—that the elders of the Jews would shake up his entire empire (Haggai 2:7).

God-fearing people look to God as their ultimate leader and provider in treacherous times.  God, indeed, was overlooking and overseeing the entire situation. The enemy of God’s people did not stop the building while King Darius looked into the matter for a decision.

God’s people act under the assurance and conviction that God’s intelligence agency is not only more efficient than any man’s espionage network, but in fact He is omniscient.

We live in a country that has spawned leaders that seek to please themselves and their own philosophies.  What baffles, infuriates, and enfeebles this kind of leadership are those who live and work under God’s eye. Those leaders who resist evil rule demonstrate their God is much more than a tribal divinity, or the god of self as often practiced by those who would manipulate the people.

The history book of God, the Bible, speaks often of God intervening in the affairs of history. In this case, He does not intervene with His strong arm, nor a powerful voice, but with His eye. What does that mean?

To will is ours but not to execute. We map our future like some unknown coast, and say here is a harbor, there is a rock’ the one we will attain, the other shun, and we do neither. Some chance gale springs up, and bears us far o’er some unfathomed sea. Duties are ours, but events are God’s.  L.E. Landon

In the difficult day in which we live, godly leaders are essential and effective. It is these leaders that bring us confidence. As the eye of God is watching, we can allow Him to direct, care, and help. He is able to turn any tragedy into triumph, bring His own to rejoice even in adversity.

God found (them) in a desert land, and in the howling waste of a wilderness; He encircled (them), He cared for (them), and He guarded (them) as the pupil of His eye (Deuteronomy 32:10.

God seeks godly leaders to serve Him, He watches them, He cares for them, and He helps them as He watches them. God is looking for godly servant leaders who exercise an integrity that glorifies Him.